Let me begin with Rajasingham Narendran’s harrowing tale describing when he returned to his home in the Jaffna Peninsula after the IPKF’s imperial occupation of the north in 1987:

“My mother: 68-year old at the time of her killing. Slim build. Had been attacked by animals and crows and was in an advanced state of decay. My brother: 38-year old at the time of his death. neither obese or thin. Body intact though bloated. The gardener: Age approx. 60 years. Obese. All flesh had fallen off and the skeleton was clearly visible. A neighbour’s watchman: Age approx. 60 years. medium build. Only thigh bones-femurs and the skull remained. The rest of the body had been consumed or carried away by animals.” 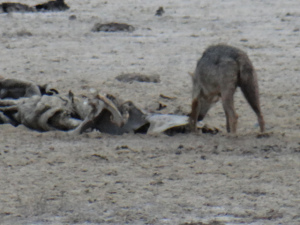 This is just one corpus of fact and tale that will have to be evaluated by the unit that is envisaged by the Secretariat for Coordinating Reconciliation Mechanisms set up by the present government. If one visits the web site where the SCRM seeks submissions from the public, you will be led to “Boxes” where you can present ideas and/or information. The set of Boxes numbered 9 [nine] has this request: “The government has decided to set up An Office of Missing Persons. What measures should the office take to address the issue of the missing?”

Having addressed this highly volatile issue in March 2013 through an essay entitled “A Missing Person in Sri Lanka: Heartfelt Issues & Ground Realities” that was placed in several sites[1] and been disparaged (as per usual) by some bloggers in Groundviews, it is a field in which I can make a contribution.

Needless to say, it is essential for the Presidential Task Force and its new branch office to build up a good bibliography and to pursue every avenue opened up in this manner. So, I lay out my stock of references and ask readers to submit items that I have missed — either via blogs or via email directed to me. In effect this is going to be a cumulative bibliography in Two Sections, the first encompassing those documents/articles that are directly relevant and the second providing clarifying contextual circumstances. As I understand the topic it also embraces instances of those MISSING as a result of abductions and kidnappings outside the war theatre — whether in the Jaffna Peninsula, Eastern Province or the rest of the country.

The body of Ramesh – Photo from Weiss

On the basis of my previous investigation and my vicarious knowledge of war,[2] I am attentive to the manner in which battle zones generate the soldier category of MIA or “Missing in Action.”[3] So, let me warn the Task Force and readers that this arena of investigation is a veritable minefield. The personnel pursuing this work will have to transcend their office-room background and come to grips not only with the brutalities of battlefield encounter and underground dirty war, but also attend to phenomena that are totally beyond reach, namely, (i) bodies decomposed or devoured beyond recovery; (ii) bodies drowned beyond recovery; and (iii) bodies buried in bunker or deep-hole beyond easy retrieval.

In the first five months of 2009 those Tamils of Thamilīlam who had their fill of the LTTE rule and the latter’s draconian measures to keep the citizenry within a declining space so as to save the liberation project[4] began to seek a way out. A few fled by sea at night with the aid of fishermen. Though the SL Navy attempted to facilitate this process and even placed buoys with flags to guide the boats, one must allow for the possibility that some boats were fired at because the Sea Tigers were operational till mid-May 2009 and sometimes used the fishing boats as decoys or cover for strikes on the SL Navy’s FACs (fast attack craft).[5]

Others may have drowned in the waters of Nandhikadal Lagoon as they struggled across in late April and May 2009. Some of these scenes of frantic effort with the aid of rubber tubes were captured by local reporters. It is also possible that some Tiger fighters fell injured or dead into the water-filled ditches that were integral to their berm defence system at moments where their colleagues did not have the capacity to retrieve the bodies. The LTTE was normally attentive to their dead and a burial site was composed on the coastal stretch. But as their resources were stretched and situation got more desperate these retrievals would have been more difficult. Indeed, one of the facets that the Task Force has to pursue is the retrieval of the LTTE’s records listing its dead during the course of Eelam War IV.

However, the majority of the Tamil civilians who fled between in the first three months of 2009, numbering roughly 60,000, did so at night using the jungle and bush cover. We must allow for the possibility that some were shot at by Tiger fighters or SL Army personnel and that few died from snake-bites. The Sri Lankan dry zone jungle house a wide variety of venomous snakes and Anandasangaree has had the nous to indicate that some unfortunate civilians met their fate in this manner.[6] Groups of people fleeing through jungle and bush do not usually stop to carry their dead.

From the oral testimonies he gathered in April 2009[7] Rajasingham Narendran summed up the scenario thus: “it was utter chaos. Many yet living were left for dead. There was no one to help them, unless the armed forces had stepped in…. many talked about stepping over dead bodies and having to leave the sick and injured loved ones behind to their fate. The latter was the most traumatic aspect of their experience. They had to choose between a sick father and a young child or a child and an injured husband. I am sure they are yet tormented by the choice they made, although the choice had to be made for one to survive.”[8]

Can these bodies, or those of Tigers and SL Army personnel not retrieved by their fellow-soldiers, be discovered? Not a chance. Nature deals swiftly with these remains: jackals,[9] monitor lizards, rats, birds and termites are quick to the feast.

The Office of Missing Persons must therefore take note of these processes. However, beyond “nature” there is the problem of “Nurture.” Here “Nurture” point to the actions of those nourished in the arts of propaganda and vengeance; as well as those in grief driven to wailing tale of brutality built on the foundations of rumour rather than fact. For this reason, a reading of Gananath Obeyesekere’s article on “Sorcery, Premeditated Murder and the Canalization of Aggression in Sri Lanka” (Ethnology 1975 and SSC Pamphlet 11, 1993) is vital learning tool. We need discerning personnel manning the office – individuals with the cultural skills to see through the tears of wailing women[10] and grief-laden men in those instances where they are presenting fictional stories.[11] Not easy that.

For the CUMULATIVE Bibliography in two segments, visit

[2] It so happens that as a teenager I lapped up the detailed descriptions and pictures re World War Two within the pages of the London Illustrated News at the library in St. Aloysius College, devoured lots of war novels and avidly watched war films.

[3] During Eelam War III the security forces of the Government of Sri Lanka recorded the MIA as 2718 and the KIA, or “Killed in Action”, as 9448 so that the former was roughly 26 per cent of the dead. In time, of course the MIA is merged with the KIA as deceased. The proportions of MIA to KIA were much less during Eelam War IV because the SL Army did not receive the battering that they ‘achieved under General Ratwatte and Company.

[4] As I have contended in several articles – beginning with “Generating Calamity” — the LTTE’s grand strategy I from mid-2008 was to generate a picture of “an impending humanitarian catastrophe” so as to spark an international intervention. So the Tamil people were more than just hostages and labour pool. They were an escape hatch. See Roberts, “Generating Calamity,” 2014 and the further clarifications in my more recent work “Saving Talaivar Pirapaharan.”

[5] The SL Navy lost 4 FAC’s and 6 smaller craft during the last few months – incurring a loss of some 80 to 100 men (information from a kinsman of a senior naval officer). This is an aspect of the war that has not been adequately researched.

[7] Rajasingham Narendran met several IDPs in the refugee camps in April in association with a Tamil migrant group and then again visited IDPs at Mänik Farm and elsewhere in June July 2009.

[9] When driving along a deserted stretch of road beyond Elephant Pass on my way to Jaffna in a hire van in mid-2010 I spotted two jackals crossing the road from west to east. The mental picture is indelible in mind still.

[10] Note this tale relating to the 1970s when imports were severely restricted in Lanka. One of our good Kiwi friends in Sri Lanka in the 1970s told us that when she went to Customs to pick up parcels and were told they would be confiscated or released on payment of a stiff fine, she burst into tears. The Custom men invariably relented. Again in certain localities such as Negombo there are females who serve as professional “criers” at funerals.

[11] I am guided, here, by the indirect significance of [vicious] rumour and gossip in promoting the pogroms against the Moors in 1915 and similar practices in the mini-pogroms directed at Tamils in 1958 and 1977 and the major pogrom in 1983.